PlayStation VR - what you need to transport yourself to new worlds

There was once a time when the very concept of virtual reality - a digitized simulation of a different reality - seemed limited to the realm of science fiction. It even became a trope of popular culture, such as with the first Tron film of the early 1980s.

Many companies have attempted - with varying degrees of success - to bring virtual reality to the masses. However, it looks like Sony's PlayStation VR - an add-on for its popular PlayStation 4 console - might be the product that has made the big breakthrough, at least in computer gaming.

Key to the appeal of the PlayStation VR is its relatively low expense compared to competing virtual reality systems. Here is all of the essential equipment that you will need to join the PS VR party.

Yes, we might as well start with the obvious. The PlayStation VR system has been commercially available since October 13, 2016 - and, since then, in a variety of bundles. You can still buy the launch bundle, which includes pretty much everything you need to get started.

Of course, the most immediately recognizable hardware of the whole PlayStation VR setup is the headset, which has been designed to fit comfortably on heads of various sizes. It has also been made to be hard to notice once you are wearing it and getting underway with PlayStation VR gaming.

Sony recently announced two new PlayStation VR bundles with games. One bundle includes the boxing simulation Creed: Rise to Glory and the shooter Superhot, while the other bundle is family-friendly, as it packages the platformer Astro Bot Rescue Mission and puzzle game Moss.

If you are interested in the PlayStation VR, you probably already have a PlayStation 4 console, to which the PS VR headset will need to be connected to be operational.

Even though you will be watching all of the gaming action through the headset's display rather than on your TV screen, a TV will remain necessary for certain functions - including particular system settings as well as certain multiplayer games that need game content to be shown on a TV. 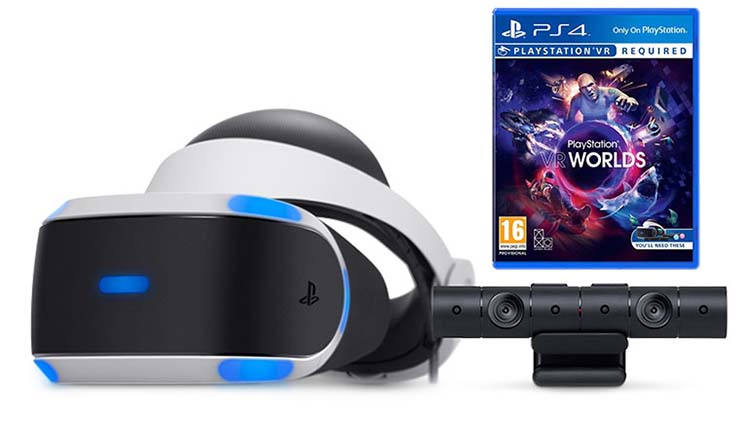 This Camera is also included with each of the two newer bundles mentioned earlier in this article. The PlayStation Camera has the purpose of tracking head movements over 360 degrees - and rest assured that, even if you have a PS VR without the Camera, you can buy that accessory separately.

One of the advantages of buying the PS VR as an existing PlayStation 4 owner is that most PS VR games can be played with a DualShock 4 wireless controller, which you likely already have. This obviously helps to trim the initial expense that is necessary for setting up a PS VR system.

In some PS VR games, you will even see your DualShock 4 controller digitally recreated as part of a VR experience that feels even more immersive as a result. The PlayStation Camera can monitor your controller's movement by tracking the light bar on that particular piece of hardware.

You might initially see DualShock 4 as the standard choice of control mechanism for gaming on the PlayStation VR. However, you might be tempted to reassess that view when you familiarise yourself with the PlayStation Move motion controllers.

Each controller is intended for just one hand and allows the movements of that hand to be accurately tracked during gameplay. Naturally, by carrying a PlayStation Move controller in each hand as you play, you can use both hands for intuitive interaction with the virtual world.

In a given VR world, one of these controllers could be digitally represented as your hand, a flashlight, a sword... or, indeed, anything else, depending on the game developer's imagination.

There's a whole new world out there... or, should we say, hundreds of them. We say this because there are now over 200 games available for PlayStation VR. Just like with PlayStation 4 games, you can buy PS VR titles on the online-based PlayStation Store or in a bricks-and-mortar retail store.

In either case, you wouldn't need to face difficulty in discerning which games are PlayStation VR-compatible. Eye-catching branding will prominently label these games as such.

It's possible that a wide array of PS VR games will be slashed in price as part of Black Friday on 23 November and Cyber Monday on 26 November, so get ready to bounce on PlayStation VR bargains as they become available! 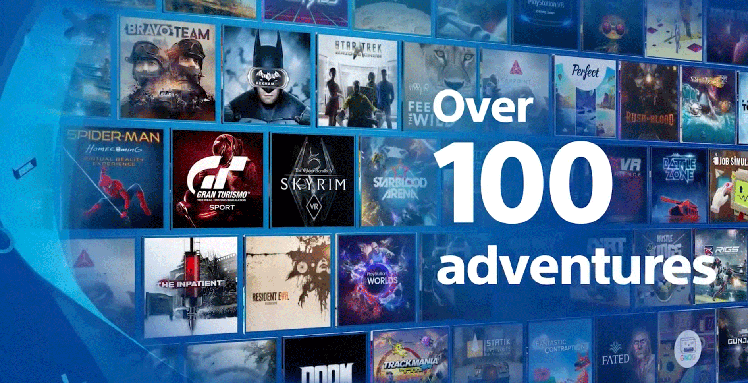