Has a phone release ever been so eagerly awaited? Okay, so yes, it has – admit it, every phone release has us on the edge of our seats. Even so, the launch of the Galaxy S20, with its teasers and hints, has been excruciating.

What did we know pre-release?

That the lineup was to include three different sizes and models .. although a couple of YouTubers broke with embargo requirements and leaked details ranging from a 120 HZ display, 5G compatibility and a 100x digital zoom, guaranteed to rival any other phone camera on the market. 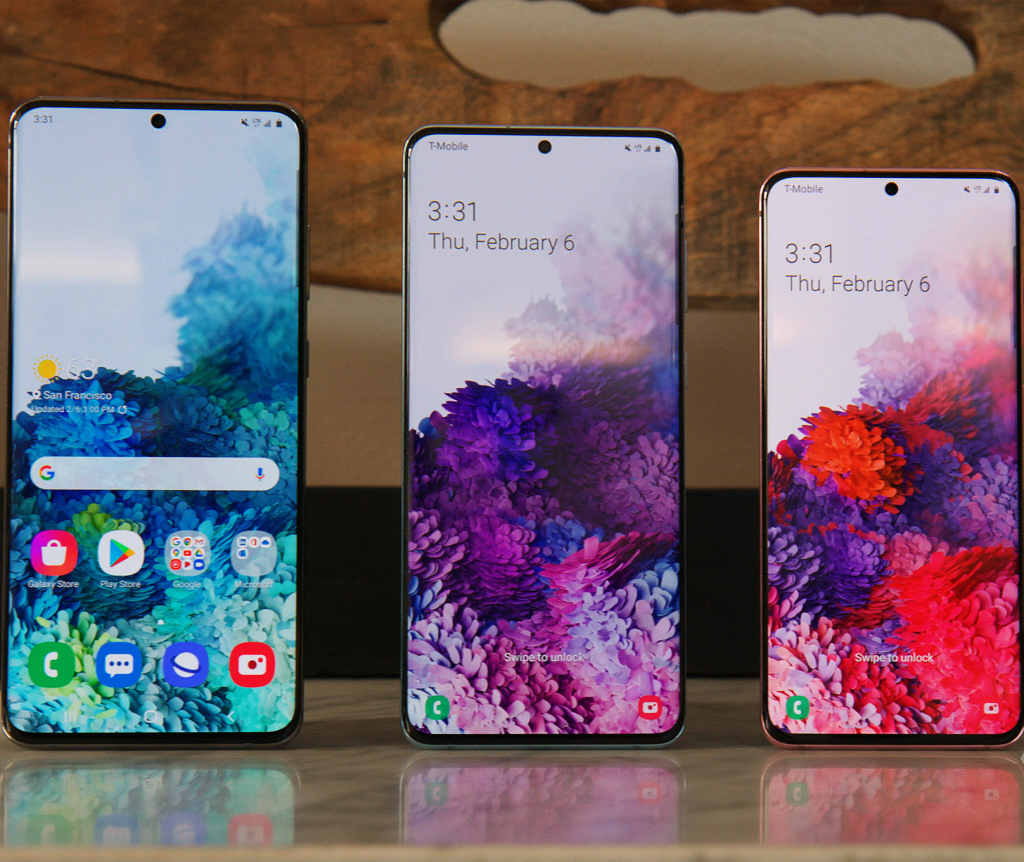 And what do we know now?

Yep, 3 phones: as well as the Galaxy S20, we have the Galaxy S20+ and the Galaxy S20 Ultra. Size-wise, the new phones range from 6.2 inches (the S20) to a fairly hefty 6.9 inch Ultra, with the S20+, at 6.7 inches, falling between the two. Plus there’s the edge to edge display, enhanced by enthusiastic bezel-shrinkage.

The wide-angle selfie camera sits at the top and centre of the screen: think 10MP on the S20, with quad rear cameras (the iPhone 11 Pro only has three, but who’s counting?) featuring on the S20+ and S20 Ultra versions – the latter of which has an enormous 108MP lens. And for those for whom ‘phone’ and ‘Instagram’ are practically synonymous? All three phones – which come in grey, black, pink or blue - have a ‘single take mode’ feature, allowing the shooter to move around capturing a video, which then converts also into a colour photo, a black and white photo, a portrait mode capture and a Boomerang. The 100x zoom is also a highlight, although the level of sharpness and detail is compromised the higher you go; having said that, some users on launch night tweeted that ‘the camera zoom is so good it’s basically invasive.’ A couple of YouTubers demoed the zoom capabilities by shooting Alcatraz and the Palace of Fine Arts from a San Francisco Hill; you can also shoot video at an impressive 8K.

Available for pre-order from February 21, 2020, the smartphones’ other key capabilities include 5G (although you can stick with 4G with a version of the S20) and some death-defying batteries, ranging from 4,000mAh for the S20, to 5,000 mAh for the Ultra.

5G, for those who aren’t sure, will make your phone internet faster and more reliable- and phones not already supporting them with an internal 5G modem won’t be able to come to the high speed party.

The brand also announced the Galaxy Buds+, its second generation true wireless earbuds, offering a similar design on the original Galaxy Buds but with a number of improvements - for example, enhanced battery life and super speedy charging. Dual dynamic drivers enhance audio fidelity, while voice call performance is improved with a total of three mics. Available in black, white and blue, there’s also a Spotify shortcut on the left earbud - although active noise cancellation has been omitted. Available online as of February 14th, and in-store as of March 6th, they’re priced at $149.

Also unveiled was the Samsung Galaxy Z Flip, which features a hole-punch camera and YouTube Premium access, as well as allowing users to comment on the bottom screen while watching on the top one. Folding on the horizontal, and coming in purple, black and gold, makers are saying that it can be opened and closed over 200,000 times, with debris and dust blockaded thanks to a ‘hide-away hinge.’ The small outer screen means that notifications and calls can be checked without endlessly opening the phone, and has been billed as a way of allowing users to ‘disconnect without missing out,’ – a tacit acknowledgement of growing societal dependence on smartphones. Due to be available as of February 14th, the company said it would retail at $1380. 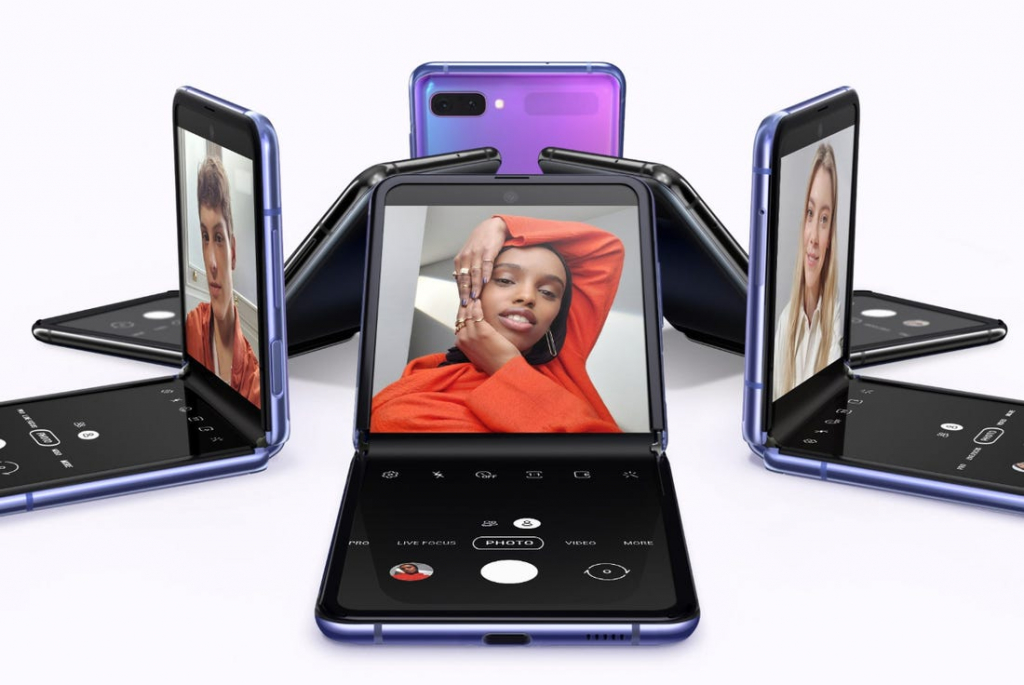 The new launches mark a period of renewed confidence for Samsung, after a year that saw a disastrous and mistake-riddled launch of its Galaxy Fold device, plus falling profits and the rise and rise of Apple as the world’s biggest smartphone maker.

The official pre-order period for the S20 range is from February 21st at 12.01 ET, with orders arriving March 6th, which is the same day they’ll be appearing in-store. Preorders on the S20 placed until March 5th will receive a $100 Samsung credit, while those ordering an S20 Plus or S20 Ultra will receive a $150 credit - meaning that you can pick up a set of those Buds+, while you’re at it.

Be warned - AT&T is not fully onboard with 5G as of yet and probably won’t be until mid-way through 2020. Even so, customers can, for a limited time, sign up for AT&T Unlimited Extra and AT&T Unlimited Elite. With these latest unlimited plans, 5G and 5G Plus service is included and comes with a free Galaxy S20 for free or a Galaxy S20 Plus from $200 when you port a line, buy a qualifying installment plan and trade-in an eligible smartphone. 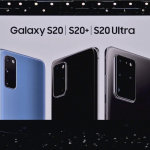