The Best Robotic Vacuums In 2018

Dissimilar to traditional canister or stick vacuums, the robotic models are independent and rather intelligent. If you’ve noticed that the house needs a little clean but all of your energy is spent out, then a robot vacuum will be your new best friend. Equipped with sensors, Wi-Fi, a seriously good navigation system, lasers and motherboards, you barely have to get involved with the housework at all!

One of the best robot vacuums on the market, it more than justifies its seemingly hefty price tag of $799. The majority of robot vacuums can seem a little weak, perhaps lacking the elbow grease of the method a traditional vacuum, however, the Roomba 980 is a definite exception. This will pick up any number of hairs and dust on carpets and rugs owing to its rubber carpet agitator, setting it apart from its rivals. You will never have to worry about the Roomba 980 getting stuck as it navigates flawlessly. With a mesmerizingly accurate Dirt Detect system unique to iRobot, it really zeroes in on patches that are especially dirty. The virtual wall system fitted on the Roomba 980 is convenient and far from intrusive whilst its maps are as clear as crystal. As well as the price, the other negative is that it’s rather loud but you will be hard pushed to find another criticism.

If you own a commercial space, whether it be a shop, restaurant, cafe, launderette, or even a large home, look no further than the Botvac Connected. With excellent mapping capabilities, powerful suction and a brilliantly long battery life, it’s streets ahead of its rivals, even more so with features such as a Facebook chatbot and manual control. That said, it looks like something you’d see in Star Wars and has been known to knock into furniture every now and then so if you have young children, it may scare them a little. At $699, it’s marginally cheaper than the Roomba 980, and worth the price if you own a property with large open spaces. 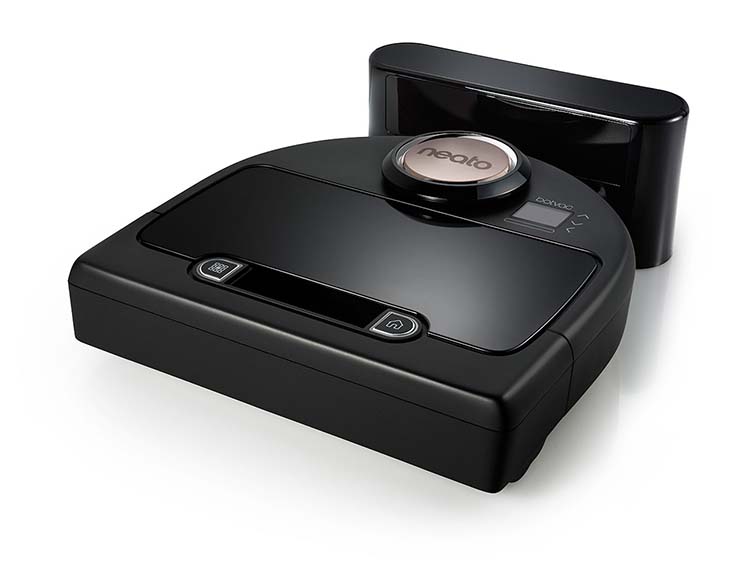 Samsung don’t just make phones and laptops anymore, they’ve further made their way into the entertainment and appliance market with the likes of televisions and fridge freezers and now, have even released their very own robot vacuum. Unlike the Botvac Connected, this robotic vacuum looks suave and you’ll be immediately impressed. Like the majority of their home appliances, Samsung have designed the Powerbot wonderfully. One of the most pleasing aspects of the Powerbot R7065 is the clear dustbin as it allows you to see when it needs emptying. Added to this, the upward-facing camera means it is a lot easier for the robotic vacuum to navigate its way around, avoiding any table and chair legs, as well as yourself and those that live you. Like the iRobot Roomba, it is notorious for pulling hair and grit out of rugs and carpets. Though, as aesthetically pleasing and good at navigation this may be, it lacks the dirt detection features of the iRobot Roomba and its battery life is pretty mediocre. For $599, this is cheaper than both the Roomba and Botvac Connected and if you live in a small space, you will not miss the battery life and the good navigation system will make sure nothing is knocked or nudged.

Although this may be one of the cheapest robotic vacuums on the market, that by no means Ecovacs have compromised on the performance of the Deebot M81 Pro as it provides a wealth of features for a very affordable price. The Deebot even has a companion app which allows you to direct the robot manually if necessary, set different schedules and different cleaning modes. It also comes with a remote and Wi-Fi capabilities. In terms of add-ons, there is a wet mop attachment so you can wipe small, enclosed surfaces without having to worry about banging into any furniture. At just $300, this is a steal. 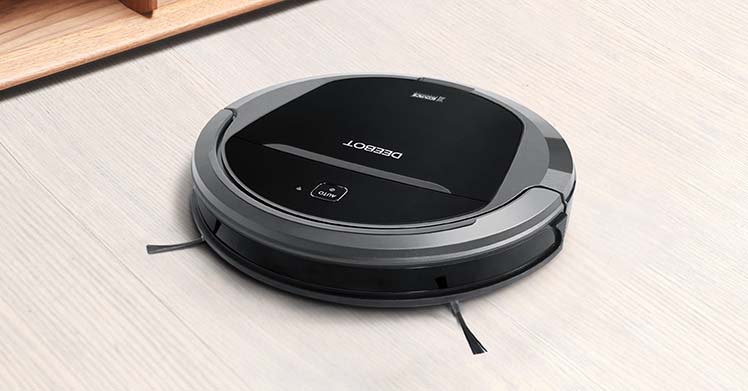 If you own a property that has mostly hardwood floors this is the robot vacuum for you. And if you have a pet that sheds fur like there is no tomorrow, it couldn’t be more suited. The Eufy Robovac 11+ is a fine choice for anyone after something for light maintenance cleaning. For just $249, the Robotic 11+ doesn’t come with Wi-Fi capability or any physical barriers for that matter but it’s compact, agile and quiet. And whilst it doesn’t have Wi-Fi capabilities, you’re still able to schedule cleans and select different modes with the provided remote.