Xbox One - Choosing The Right Bundle

Microsoft are aiming at rolling out Xbox One Consoles in as many homes as possible and to increase their chances of success, they’ve created a whole string of fantastic bundles you just won’t be able to say no to. To help you choose the right bundle for you, we’ve compiled a list of the best choice.

In terms of an Xbox One and Xbox One S, they’re hardly world’s apart. It’s worth remembering the S isn’t native 4k, that said, the console is able to upscale games from 1080p to 4k meaning it can offer gaming at a pleasingly high resolution. This Xbox One S bundle is packed with a hard drive of 1TB meaning you can fit as many games as your heart desires. The game that comes in the box is Assassin’s Creed Origins, Tom Clancy’s Rainbow Six Siege, as well as a one-month Xbox Game Pass and a 14-day trial of Xbox Live Gold. If you’re a fan of action-adventure stealth games and first-person shooters, this is for you as it is the only bundle on the market that includes two different award-winning game genres, each providing endless hours of fun game play. At $295 this is a bargain for action-adventure fans looking to bag themselves an Xbox One S.

For first-time buyers, the X Box One S Starter Bundle is a hugely attractive option as it provides access to more than 100 games in an instant. Such games include LEGO Batman and Halo 5: Guardians as well as a three month Xbox Game Pass. The pass adds new and popular games every month. You will also receive three free months of Xbox Live Gold meaning you can connect with friends around the globe as well as being able to receive extra discounts through the Microsoft store and bonus games. The console is packed with a hard drive of 1TB meaning there is plenty of memory for all of these games, you’ll also get a wireless controller, AC power adaptor and a 4K-ready HDMI cable - everything you need to start gaming right away. At just $320, this is a steal. 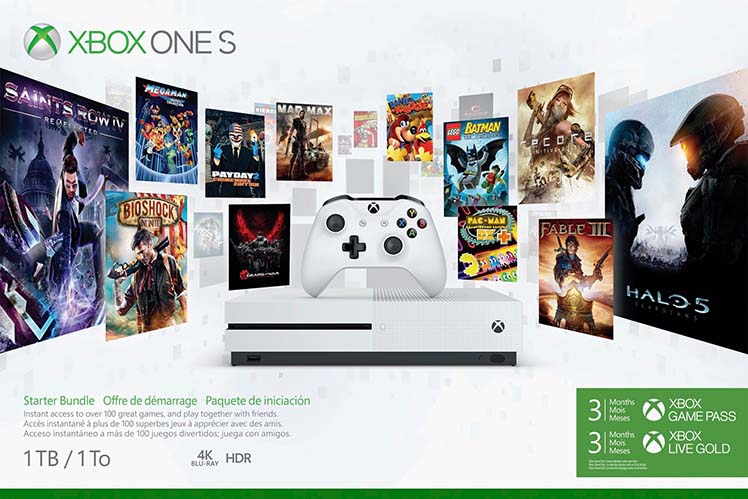 If you’re looking for something a little more powerful, look no further than the Xbox One X, the world’s most powerful console yet, boasting 40% more power than any other console on the market. This may not be a complete bundle but it offers more than your typical Xbox One S and is truly a specs powerhouse for fire. It includes six teraflops of graphical processing power, 326GB/sec memory bandwidth and 4K resolution with 60FPS and as well as processing power that makes for better game play and more immersive entertainment. For those of you looking to make the most of everything Microsoft has to offer with the Xbox One, this is the choice for you. With this you will receive the HDMI cable, AC power adaptor and wireless controller. It will also work with all of your existing Xbox One accessories should you have any. The Xbox One X can be yours for $486.

One of the most popular games available, this bundle has really taken off. The Xbox One S PlayerUnknown’s Battlegrounds bundle, known as PUBG in the gaming community, is a great selection to chose. A full-game download of PUBG is readily available meaning you don’t have to wait to immerse yourself in the multiplayer experience and can get playing with your friends instantly. Somewhat of a battle royale, whether you’re playing online against friends or strangers, the only way to win is to be the last player standing. It’s hard to get bored of the PUBG as it is constantly updated by its developers, thus it’s no surprise the bundle has millions of users across the globe dedicated to playing. The free one month trial of Xbox Live Gold that comes with the bundle will help you hit the ground running and if you do fancy a break from PUBG, the included trial Game Pass provides access to over 100 games every month. If you’re a battle royale fan, you can climb aboard the PUBG hype for just $299. 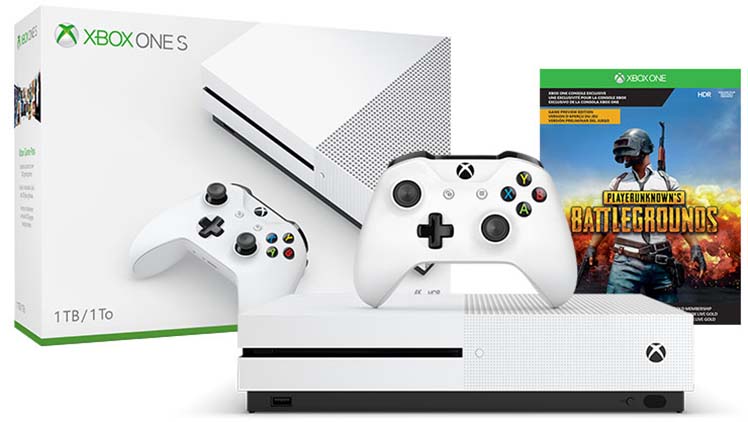